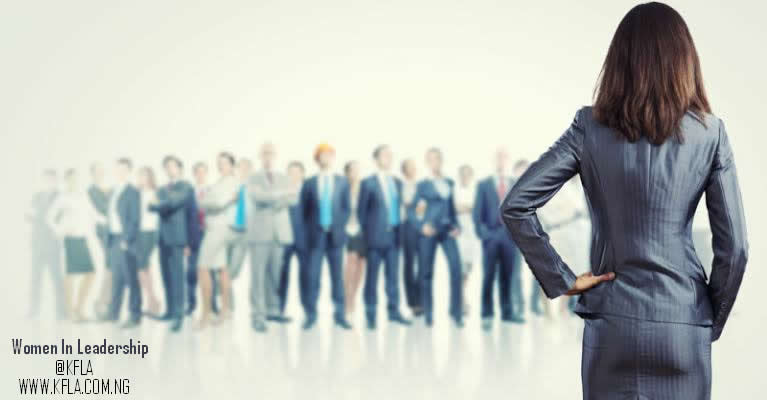 What comes to your mind when you see women in high leadership position?

Gender should not be a factor in whether or not a person can be a great leader — a person’s leadership abilities should depend on their individual strengths and personality traits. However, in many cases, women are not encouraged to take on leadership roles as often as their male counterparts, contributing to an imbalance of who’s in power.

But women are just as qualified as men are to lead, so why is there such a huge disparity between them?

A 2015 study by talent management system Saba Software, conducted by the Harris Poll, found that 60 percent of male employees expect their companies to play an active role in their individual career options, versus 49 percent of female employees who expect this. Emily He, former chief marketing officer at Saba (now the CMO at DoubleDutch), said that this supports findings from other studies that women are more hesitant to speak up about their career ambitions. But Saba also discovered that women are driven more by intrinsic motivations about work, rather than what their jobs or employers demand from them.

“In contrast to men, who tend to be career-centric and want to maximize their financial return from work, women view work more holistically, as a component of their overall life plan,” He told Business News Daily. “Therefore, they’re more likely to approach their careers in a self-reflective way and value factors such as meaning, purpose, connection with co-workers and work-life integration.”

Women’s inclination toward a holistic, self-reflective approach could explain why female employees define leadership differently than some men do. Sixty-five percent of women (versus 56 percent of men) said they view leaders as those who share their knowledge and connect with their colleagues to help the team and the business. When women bring this attitude into managerial roles, it may actually make them stronger, more-effective leaders, He said. However, despite their advantages, Saba’s survey found that only 60 percent of women said they feel that they are leaders based on their participation in their business.

Women may not always realize how poised for success they are in leadership roles, but their potential and abilities are undeniable. Business News Daily asked female leaders to share their thoughts on women in power.

Here are some reasons I think women can make great leaders.

“Women can make great leaders because women can easily balance professional and personal leadership skills. It’s easier to approach a women leader with a personal request, or a sensitive question. I care about my team and their well-being, which includes their performance at work and their work-life balance. I also find women more proactive in becoming mentors, and sometimes it’s already such an open and communicative relationship that the transition to mentor is easy.” – Amy Killoran, creative manager, I Love Travel

“Most women are naturally empathetic and value relationships. This enables women to have a strong understanding of what drives and motivates people, and how to acknowledge different people for their performance.” – Anna Crowe, CEO and founder, Crowe PR

“Women make great leaders because we take the time to listen instead of reacting right away. We appreciate people and their viewpoints. Whether they are right or wrong, we hear them out and then make our decision. We tend to give people chances that no others do.” – Jo Hausman, career and leadership coach and author, “Go For It! A Woman’s Guide to Perserverance” (Best Seller Publishing, 2016)

Women are great in nurturing.

“One of the key aspects of leadership is the ability to help your team members develop their own skills and strengths. Women are naturally nurturing, which in the best scenarios can translate to helping those around you succeed.” – Marilyn Heywood Paige, vice president of marketing, FiG Advertising

“The women [I have worked with] consistently demonstrate passion, enthusiasm and an immense capacity to serve and be served by others. I have observed women make bold and wise decisions as leaders while relying on others to be part of their team. The environment is less authoritarian and more cooperative and family-like, but with solid leadership.” – Katharine M. Nohr, principal, Nohr Sports Risk Management

Women are good at multitasking.

“Women make great leaders as we are natural multitaskers. The ability to decisively and quickly respond to simultaneous and different tasks or problems at a time is a critical component to successful leadership.” – Carolann Tutera, president, SottoPelle

Women are motivated by challenges.

“We are creative problem solvers motivated by obstacles. The desire to overcome a challenge fuels us to get things accomplished. Leaders don’t take ‘no’ for an answer.” – Jackie Zlatanovski, founder, Flik Flops

“Communication is said to be among a woman’s strongest skill — and female leaders know how to use it! Whether communicating with employers, co-workers, or partners, an open communication stream allows for clarity in executing roles and responsibilities. Female business leaders are able to communicate regularly, clearly and openly.” – Tina Bacon-DeFrece, president, Big Frog

“Women make great leaders because they have an innate ability to dream big, challenge assumptions and inspire teams — and they know how to translate big ideas into concrete action and results.” – Angela Dejene, executive vice president, Crosswind Media & Public Relations

Leadership is not gender based, lets be more precise no society can flourish without both gender taking the lead. Just as no aircraft can get to its altitude flying on one wing, that the direct result of a gender based leadership, THINK about it.

POWER OF VISION IN LEADERSHIP